The House Science Committee yesterday held a hearing on EPA’s horrendous proposal to sideline public health research when it makes decisions. I livetweeted the hearing, as did UCS’s Allison Cain and NRDC’s John Walke. There were several revealing moments that tell us more about EPA’s strategy, highlight the forces behind the proposal, and emphasize the continued and sustained opposition from scientists.

Here are some of my favorites:

The EPA again failed to describe what problem they are trying to solve. Whenever I go to a hearing about a proposal, I expect the agency to be able to talk about the problem the proposal is supposed to address. I heard nothing beyond vague and abstract affirmations that transparency is good. There was still no cogent articulation of why EPA is pursuing this rule. This was true when the rule was proposed two years ago and it’s true today.

The rule has consequences for both science and how we make decisions in a democracy. In less than four minutes, Rep. Sean Casten highlighted the tobacco industry origins of the proposal and explained how the proposal could impact not only future public protections but also those already in place. “When we politicize the Constitution we put our Republic in jeopardy, and when we politicize science we put our species in jeopardy,” he said. Watch it on Youtube or on Twitter below.

During @HouseScience’s hearing on this proposed rule, I asked Dr. Orme-Zavaleta from @EPA, if this rule would be applied retroactively because the @EPA has the power to change any regulations it deems necessary & is scheduled to do so. Her answer confirmed my worst suspicions. 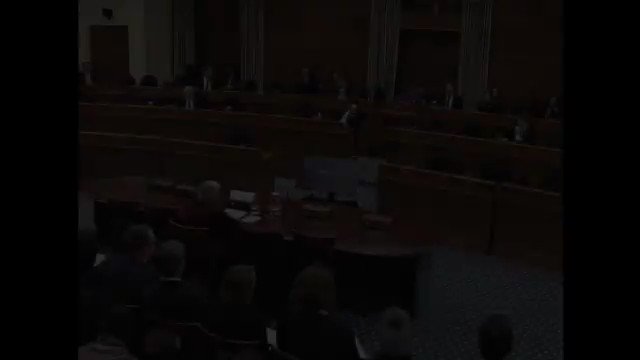 46 people are talking about this

The EPA witness couldn’t add much because the rule is being driven by political appointees above her, not scientists. The EPA witness repeatedly said she wasn’t involved in the original rule development, and couldn’t or wouldn’t comment on who put it together. She also couldn’t or wouldn’t specifically say who was involved in putting together the supplemental rule. We already knew that the EPA Science Advisor hadn’t even read the rule when it was publicly announced. Remember, this is a political rule, not a scientific one.

Many, many interests—from the military to the nation’s top scientific organizations—have significant problems with the rule. Oversight Subcommittee Chair Mikie Sherrill brought up concerns that the Department of Defense had with the original rule. Other members of Congress brought up the sustained and universal opposition of scientists and scientific organizations to the rule. They repeatedly suggested that EPA get advice from the National Academies, which it has not yet done. And see this great letter from Flint pediatrician Mona Hanna-Atisha about how EPA’s approach to science impacts vulnerable communities the most that was introduced into the record by Congresswoman Haley Stevens. All the EPA witness could say is that comments are still being considered.

Giving the EPA administrator the authority to include or exclude specific studies opens the door to more politicization of science. Several members of Congress expressed concern about allowing the EPA administrator to allow or veto the use of specific studies in the agency’s scientific assessment work. This would absolutely open the door for abuses of power and the substitution of political judgement for scientific judgement.

Congress is dubious that EPA has the authority to move forward with this rule. The EPA is now claiming it can put forward this rule under the federal Housekeeping Act. But as Congresswoman Wexton pointed out, the Housekeeping Act only applies to executive agencies and the military, which does not include EPA.

Michael J. Fox knows the rule would set back science and its use in making policy. “If the proposed rule were enacted, thousands of studies would be excluded from the EPA’s evaluation when determining standards, policies and programs to keep us safe,” said MichaelJFox Foundation CEO Todd Sherer. Michael J. Fox personally tweeted about the hearing later in the day.

Towards the end of the hearing, one of the witnesses used the phrase dicto simpliciter. As a former student of rhetoric, my ears perked up! Here’s a definition.