By Charlie Everett, People For the American Way

On March 3, People For the American Way staff and members joined coalition partners and activists for a rally at the Supreme Court to urge the Court to protect millions of American consumers from the financial industry and big banks.

The event, which was held during the Supreme Court’s oral arguments in Seila Law LLC v. Consumer Financial Protection Bureau, drew attention to the important role that the CFPB plays in protecting consumers against corporations’ fraudulent and deceptive financial practices. The Center for Popular Democracy, Demand Justice, Allied Progress, Americans for Financial Reform, Demand Justice, Indivisible, the National Association of Consumer Advocates, and Public Justice were also in attendance.

Since its creation in the wake of the 2008 housing and financial crisis, the CFPB has regulated banks, credit unions, securities firms, payday lenders and debt collectors to protect the earnings and investments of hardworking Americans. In the last decade, the CFPB has enforced nearly $12 billion in ordered relief to nearly 29 million consumers. The fate of the organization is now in the hands of the Court as it considers whether the terms of CFPB’s leadership structure is constitutional.

The rally began with a satirical performance by Ian Madrigal, known as the “Monopoly Man,” that showed how billionaires and banks would profit from the elimination of the CFPB. Without that critical oversight, the one percent could make financial decisions that could have serious, long-lasting consequences for American consumers. 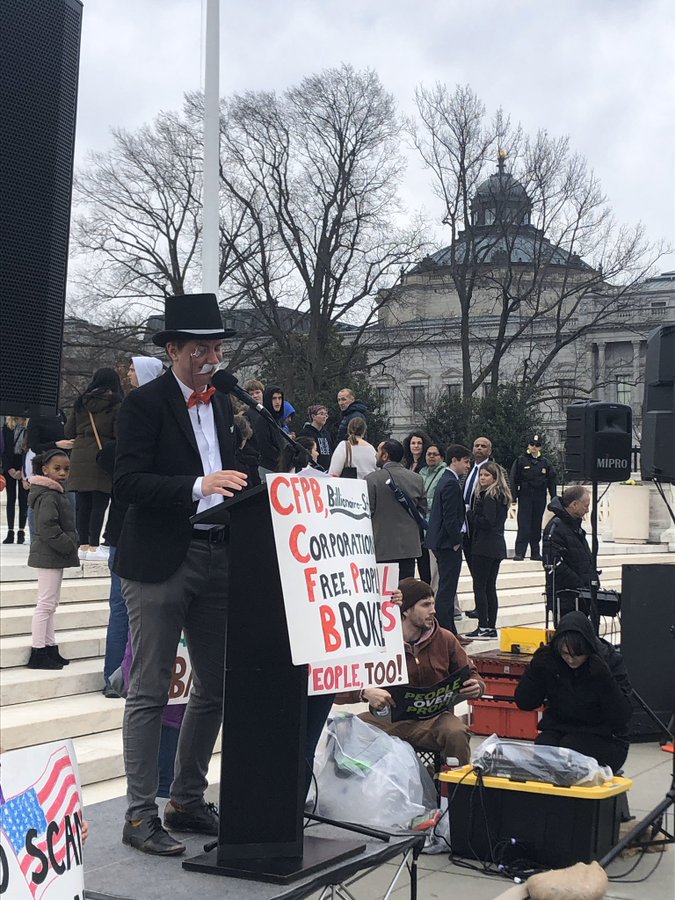 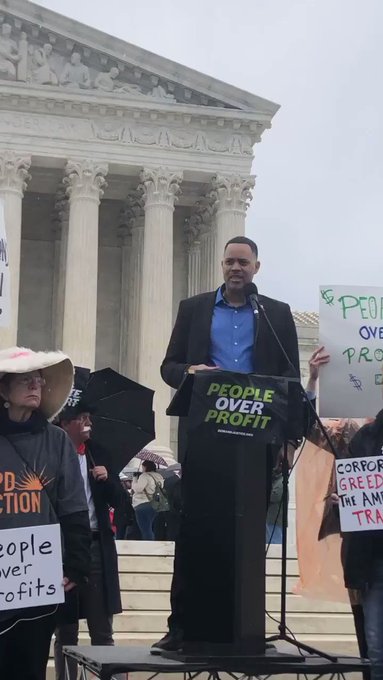 Meagan Hatcher-Mays, Director of Democracy Policy at Indivisible, closed the rally by reminding the audience that Supreme Court justices Brett Kavanaugh and Neil Gorsuch were both seated through the help of large corporate donors. Those same corporate donors, she said, stand to benefit from the elimination of the CFPB. The only way forward, both in protecting our courts and in ensuring the effective operation of watchdog groups like the CFPB, is in flipping the White House and the Senate in 2020.

Meagan from @IndivisibleTeam closing out the rally by asserting that the way to protect our courts is by taking back the Senate! 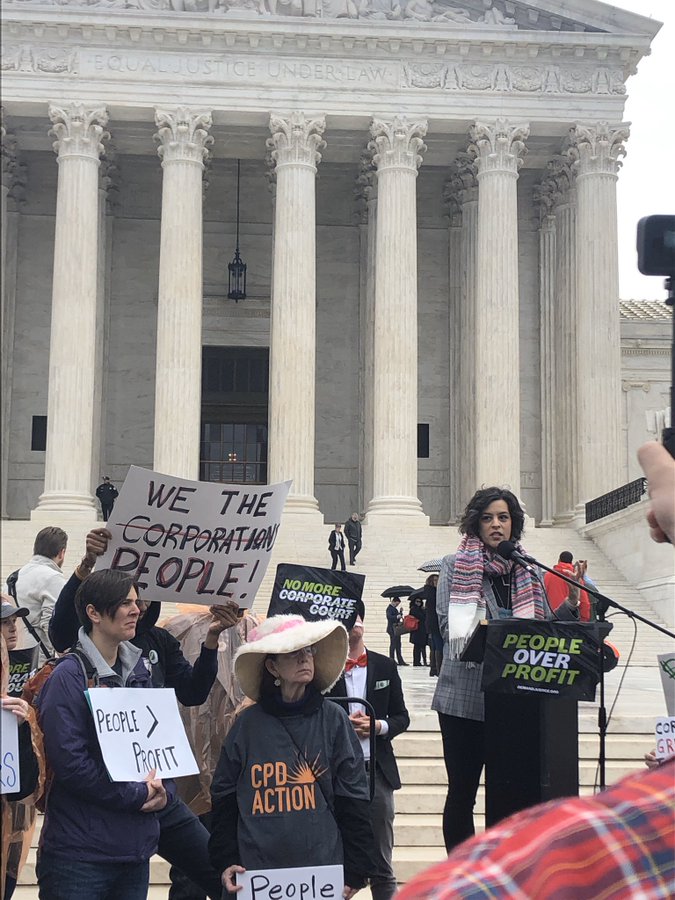