Comment are off
David Rosen
By Tori Slatton, People For the American Way

Since the 2016 election, President Trump and his administration have systematically targeted our most vulnerable populations to score political points with his political base. In addition to broader attacks on LGBTQ+ rights, the transgender community in particular has often endured singular attacks on their rights with policy proposals like the transgender military ban or the rollback of protections for  transgender students in public schools. In late May, the administration again targeted transgender people with two more proposed attacks on their basic human rights.

The first proposed rule by the Department of Health and Human Services (HHS) would change how nondiscrimination protections define “sex” to exclude protections specifically for transgender patients. In a practical sense, this rule would promote discrimination against transgender people seeking health care and aim to curtail access to care for millions of people by allowing doctors to discriminate against trans patients based on religious beliefs. The second proposed rule by HUD would allow homeless shelters – even those receiving public funds – to turn people away based on their gender identity. This is particularly troublesome as those in the LGBTQ+ community disproportionately experience homelessness and poverty at higher rates due to social stigmas and trauma.

To protest these damaging proposals and show solidarity with the transgender community, PFAW joined a coalition of activists and organizations in front of the White House on May 29. Other participating groups included Human Rights Campaign, National Center for Transgender Equality, Lambda Legal, and the Transgender Law Center. 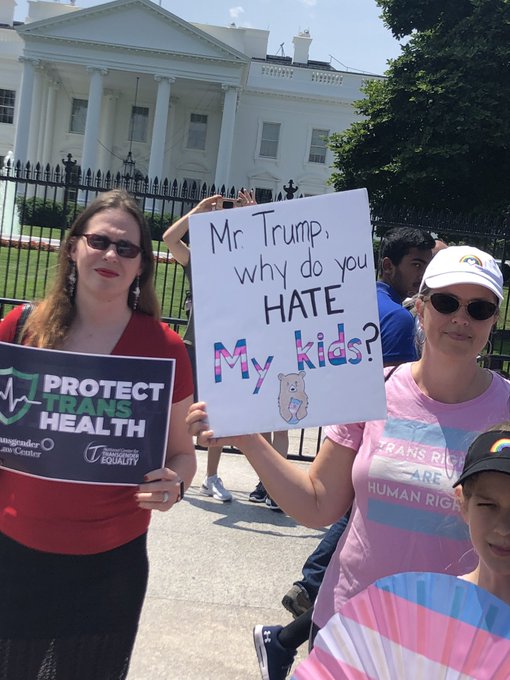 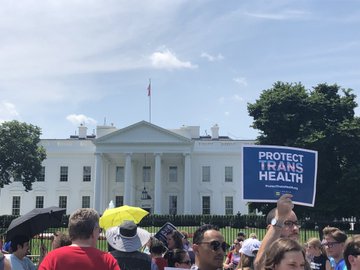 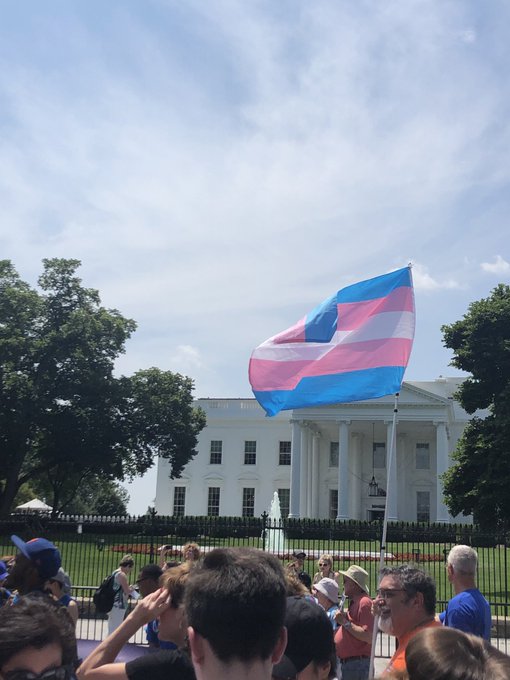 We’re in front of the #WhiteHouse at a rally to #ProtectTransHealth against Trumps’s dangerous agenda.

Mara Kiesling from the National Center for Transgender Equality started the rally by explaining the workings of these proposals and reminding the crowd that Trump has repeatedly targeted the transgender community in an attempt to appease his base. She stated that “now is not the time for passive acceptance of a world built on bigotry,” and told the audience that she had no plans of slowing down her pushback against Trump and his administration. 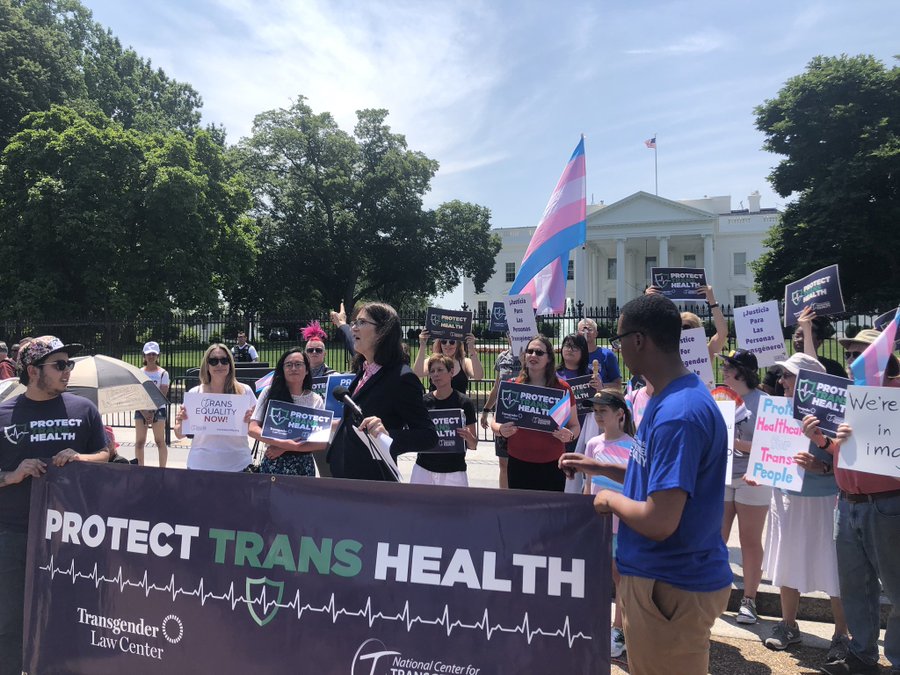 .@MaraKeisling: “The President and his administration are waging a war on transgender people.” #ProtectTransHealth

Sasha Buchert from Lambda Legal read a poem about what it’s like waking up every day as a transgender person in Trump’s America and told the crowd that the answer to these proposals is to fight back even harder than before. She also explained that Lambda Legal was one of the organizations that filed a lawsuit against President Trump to stop the full implementation of these policies. Buchert ended with a call for the crowd to vote in this next election with the transgender community in mind. 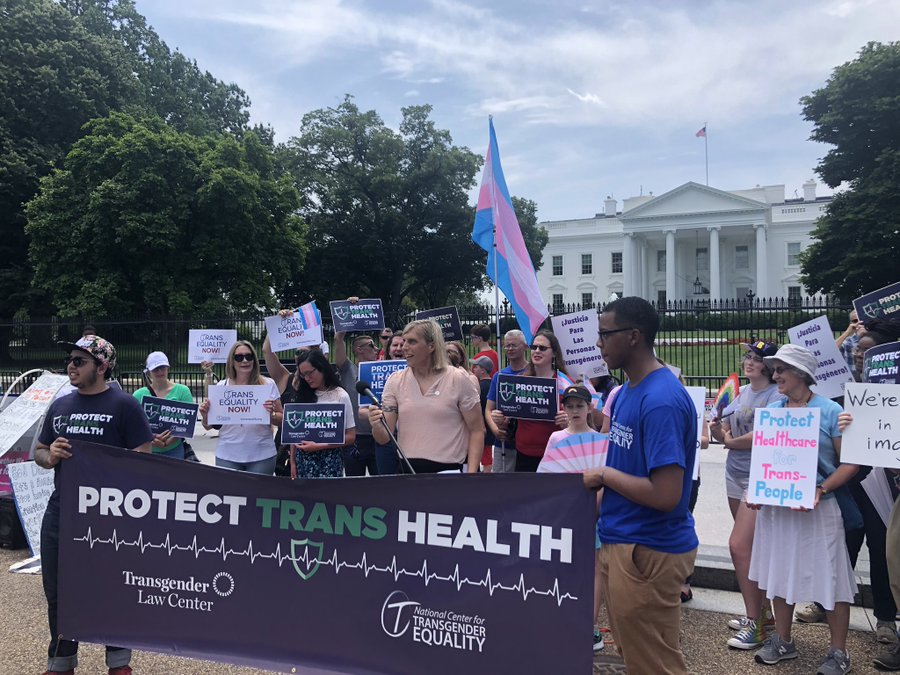 .@sashabuchert: “The upcoming election is the most important one of our lives.” #ProtectTransHealth

Kelli Garcia from the National Women’s Law Center stated that “no one should accept discrimination in health care, but that’s exactly what the administration is trying to do.” Garcia talked about how cisgender allies need to step up in the fight for the transgender community. Finally Ruby Corado, the founder of Casa de Ruby, talked about some of the work happening on the ground in D.C. and encouraged everyone to support local and grassroots organizations who are working to support transgender community. 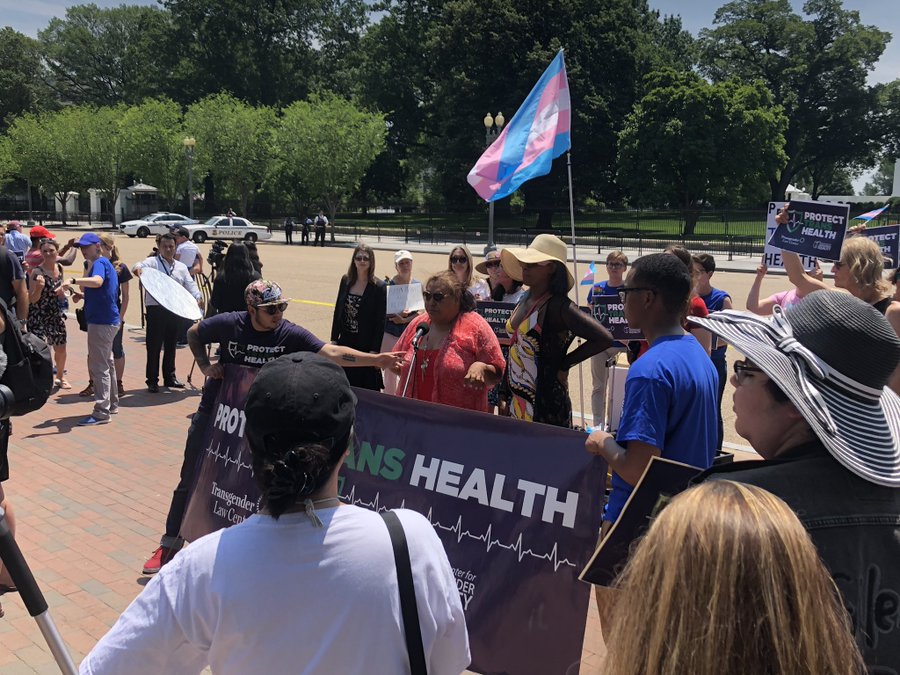