You always suspected it was true, but here comes the Center for Western Priorities with the receipts. Its analysts looked at proposed rule changes by the Interior Department since 2017 that garnered more than 500 comments and found 10—all rollbacks of existing environmental protections. In each one, more than 95 percent of the public comments opposed the changes. In eight out of those 10, the Interior Department went ahead with the new rule anyway.

The rules were the biggest-ticket items on the punch lists of corporations seeking free access to public lands, particularly for oil and gas development. They include loosening regulations on methane leaks, shrinking the size of national monuments to allow more drilling, weakening regulations for offshore drilling, and attacking the protections afforded by the Endangered Species Act. Here’s the center’s breakdown of the cases: 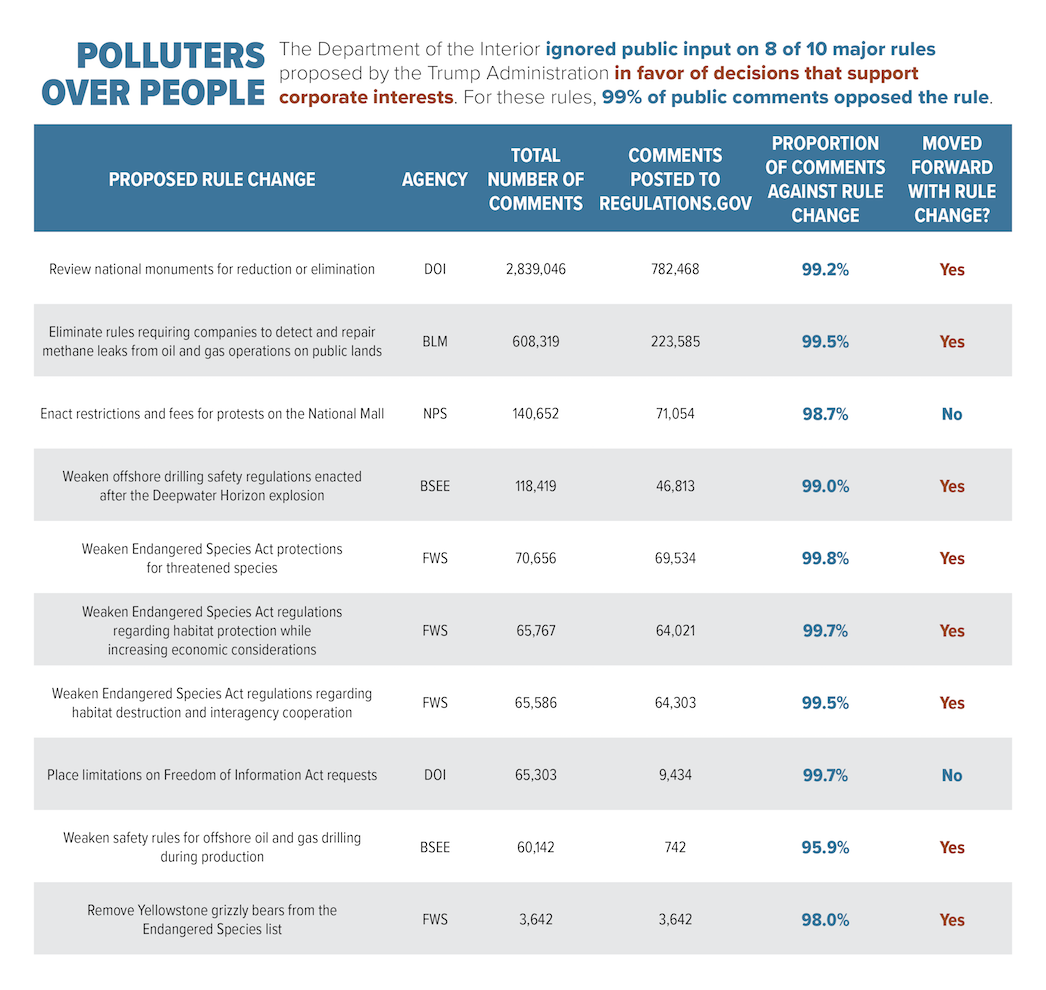 Notice that the total number of comments is far larger than “comments posted to regulations.gov,” in other words, those officially counted by the Interior Department (and, for the purposes of this analysis, the Center for Western Priorities). That’s because some agencies fail to count messages that duplicate each other—those sent, for example, via platforms like the Sierra Club’s AddUp campaign—a practice that was criticized in June 2019 by the Government Accountability Office. Regarding whether to reduce the size of Bears Ears and other national monuments, for example, more than 72 percent of comments were not even recognized.

Perhaps realizing that it doesn’t look good to totally ignore the wishes of the public he is supposed to be representing, Interior Secretary David Bernhardt is trying to greatly reduce opportunities for public input. His effort to “streamline” the National Environmental Policy Act, in addition to ignoring projects’ cumulative climate effects and exempting many of them altogether, eliminates the possibility of negative public comment. You don’t have to go to the trouble of ignoring the public when you never ask them for their opinions in the first place.