This week, several major automakers revealed where they really stand when it comes to protecting consumers. General Motors, Toyota, and Fiat Chrysler Automobiles, among other automakers who are members of Global Automakers (with the notable exception of Honda), formally aligned themselves with the effort to undo parts of the 1970 Clean Air Act that allow states to protect consumer health by regulating vehicle pollution. At a time when parts of California are suffering from climate catastrophe like wildfires, undermining rules that improve air quality and reduce greenhouse gas emissions seems especially tone deaf. Some automakers tout their concern for consumers and the environment in their advertising and statements to investors, but the decision to side with a plan that would undo these consumer protections is an action that speaks much louder than words.

Toyota, in particular, markets itself as “green” and “sustainable,” which is why many California customers this week expressed anger and frustration at the perceived betrayal. In truth, the overall fuel economy of the vehicles Toyota makes has actually declined over the past decade, credited to a penchant for making inefficient pickup trucks. 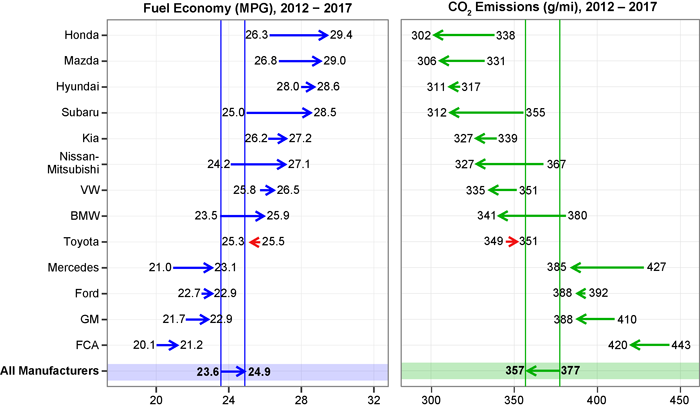 Those figures were published earlier this year by the Environmental Protection Agency (EPA). At that time, Consumer Reports pointed out that Toyota was among several automakers that could be doing much more to use existing technology to improve the efficiency of their vehicles. 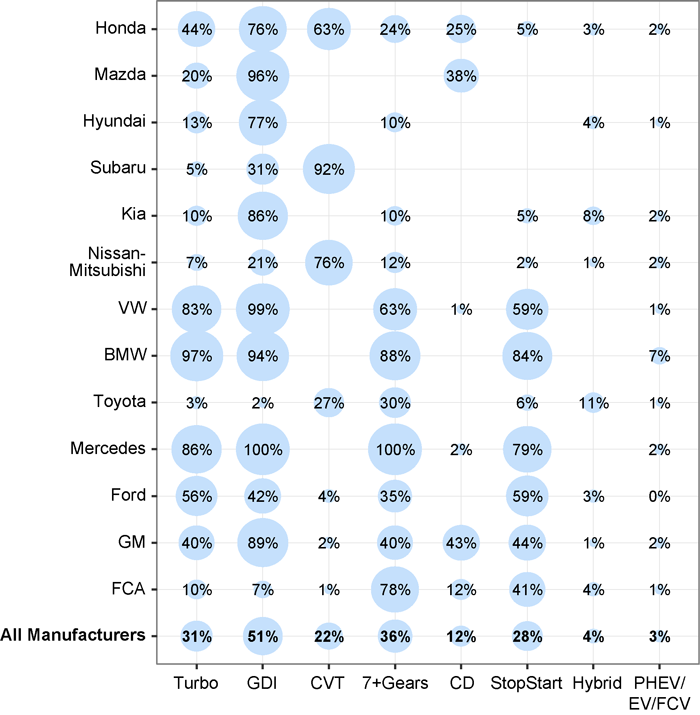 That EPA report “shows that actions speak louder than words, and that Toyota has not been improving on fuel economy and emissions like they say they care about doing,” said Shannon Baker-Branstetter, manager of cars and energy policy at Consumer Reports, reported Energy & Environment News today.

You may be surprised which car companies are siding w/ the Trump Admin in trying to take down 1 of the most important consumer protections in the country:

Group of automakers side with Trump in legal fight with California

General Motors, Fiat Chrysler, Toyota and many others in the auto industry are siding with the Trump administration in a lawsuit over whether California has the right to set its own greenhouse gas…

That’s a group that markets themselves as “sustainable” & “green” & makes the @Toyota #Prius & all-#ElectricVehicles like the @ChevyElectric Bolt & @Hyundai Kona EV. And yes, that’s the same @subaru_usa that works hard in its marketing claiming to be eco-friendly. #greenwashing 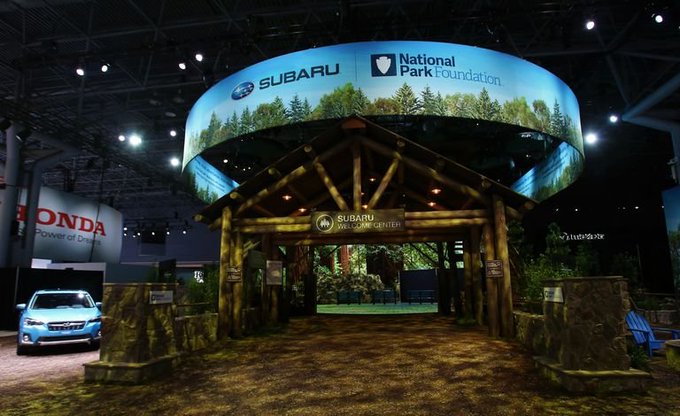 Several other automakers, on the other hand, have agreed to respect the authority of states to protect consumers by regulating vehicle emissions. Ford, Honda, Volkswagen, BMW signed an agreement with California earlier this year that sets slightly lower and voluntary emission targets in exchange for respecting California’s legal authority on emissions. California’s Air Resources Board says all automakers were offered this opportunity. Consumer Reports opposed the agreement when it was announced earlier this year because it is weaker than the current standards, but if all automakers joined the agreement, it would likely be better for consumers than the very weak standard likely to come from the federal government..

Meanwhile, as the federal administration seeks to dismantle the Clean Air Act, it is also seeking to weaken the federal rules regulating vehicle fuel economy. The latest reporting suggests the EPA and Department of Transportation (DOT) could soon require automakers to deliver only a 1.5 percent annual increase in overall fuel economy improvements (compared to about 5 percent today). These small numbers can have a major impact on consumers: decreasing these requirements to only 1.5 percent would lead to $3,200 in additional fuel costs for a model year 2026 vehicle, and about $300 billion total net cost for consumers for 2021-2035 vehicles compared to the current rules.

* Figures assume automakers will use available credits, and that credit system doesn’t change.

These figures are part of a soon-to-be published analysis by Consumer Reports that looks at a wide-range of possible rollback scenarios, and calculates how blocking consumer protections will cost each state in the U.S.