As people in North and South Carolina continue to confront flooding and other massive damage from Hurricane Florence, it’s heartbreaking to watch them have to deal with yet another hazard: the toxic coal ash leaked from coal ash ponds and landfills in the region. Even more infuriating is the denial coming from the company responsible for that pollution in the first place — Duke Energy in North Carolina.

On September 21, Duke reported that dams at both the north and south end of Sutton Lake had been breached by floodwaters from Florence. In addition, floodwaters have overtopped a retaining wall between the lake and one of the unlined coal ash dumps at the site. Coal ash was observed in the lake, and Duke acknowledged it’s possible that coal ash is flowing into the Cape Fear River. 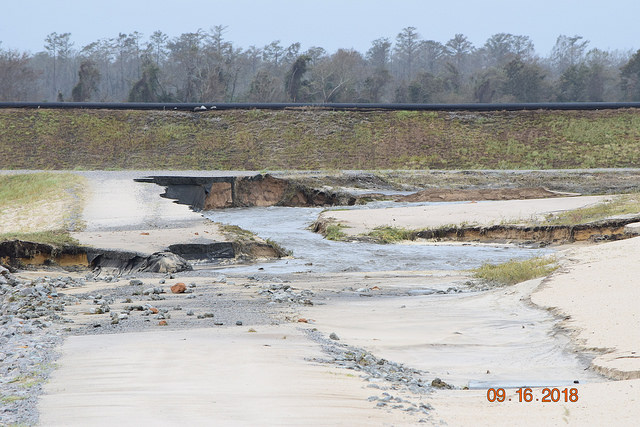 Our friends at the Waterkeeper Alliance took photos and videos of coal ash in several waterways. Yet, in the wake of Hurricane Florence, Duke Energy has repeatedly downplayed the dangers of its ash ponds, hiding behind the fact that coal ash — which contains toxins including arsenic, lead, mercury, selenium, aluminum and chloride — is not designated as a hazardous waste.

Duke Energy spokesperson Paige Sheehan claimed in a recent statement that, “It is a very common misconception that ash is toxic, but routine toxicity tests on our basin water continue to demonstrate it’s not.”

You have got to be kidding me. It’s jaw dropping and infuriating to me that utility executives are still claiming coal ash is harmless after all the disasters of recent years — from massive coal ash spills, to the health problems plaguing workers who cleaned them up, to the hundreds of other communities home to coal ash sites where families living with polluted air and water are paying the ultimate price for this tired old lie. The public health hazards and environmental threats to nearby communities from unsafe coal ash dumping have been known for many years, including increased risk of cancer, learning disabilities, neurological disorders, birth defects, reproductive failure, asthma, and other illnesses. 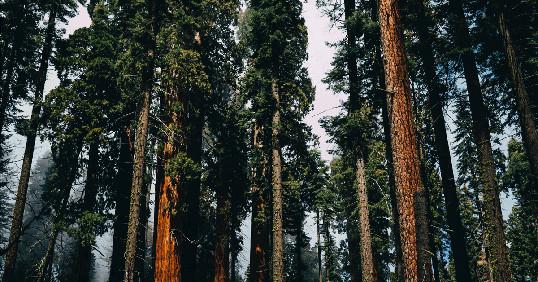 The Sierra Club and our allies have worked for years to force cleanup of these sites, both by pushing for stronger federal and state safeguards, and through litigation and organizing at the local level. Represented by our friends at the Southern Environmental Law Center, we even secured a Clean Water Act settlement that required Duke to move its ash from unlined pits at the Sutton plant to a lined landfill. Unfortunately, that work wasn’t completed fast enough to prevent some of the damage — and even the lined landfill was also breached by the hurricane, underscoring that while some methods of storing coal ash are better than others, the only true solution is to generate power with clean energy and stop creating coal ash altogether.

Carolina residents have long warned Duke Energy, state officials, and the public about these coal ash landfills being a disaster waiting to happen — and many of the ash sites had already leaked several times long before Florence came ashore. The coal ash sites are frequently near low-income communities and communities of color, as CityLab’s Brentin Mock documents in these two powerful articles about Hurricane Florence and the long-time environmental justice fights in the Carolinas.

There is no completely safe way to store toxic coal waste, or to mine and burn coal, that doesn’t threaten communities, our waterways, and our climate. Knowing all the problems that coal ash causes, Duke needs to stop burning coal and retire all of its coal plants soon. Duke Energy should also take greater advantage of the abundant and affordable clean, renewable energy sources and phase out its use of unnecessary fracked gas plants. And the EPA should strengthen our federal coal ash safeguards, rather than gutting them as the Trump administration is now doing.

Hurricane Florence should be Duke Energy’s wakeup call to remove its ash from all of its unlined, leaking coal ash pits next to waterways and take the necessary steps to ensure that all of its landfills are secure as possible and won’t contaminate communities — not only when there are massive storms but also from everyday leaching into our groundwater.

In the meantime, your help is still needed:

Please donate to support the local organizations leading the relief and recovery efforts after Hurricane Florence!