National Labor Relations Board Turns Its Back on Contract Workers

Two recent actions by the National Labor Relations Board will make it harder for outsourced workers to organize and gain a voice at their workplace.

In BFI, the NLRB said that two or more entities are joint employers of a workforce if they are both employers within the meaning of the common law and “if they share or codetermine those matters governing the essential terms and conditions of employment.”

The BFI joint employer standard takes into account the realities of increasingly prevalent business practices and employment relationships—where corporations outsource portions of their workforce to staffing companies or other labor contractors while retaining control over how the work is performed. The rule ensures that, in such circumstances, both entities are accountable to their workers and required to bargain with them over the terms and conditions of their employment.

Under the NLRB’s proposed new standard, an employer is a joint employer of another employer’s workforce only if it possesses and exercises substantial, direct and immediate control over the essential terms and conditions of employment, and has done so in a manner that is not limited and routine.

NELP explained in a comment filed with the Board opposing the rule[2] that narrowing the scope of covered employers violates the National Labor Relations Act. Additionally, this standard would mean that, in many circumstances, lead companies that bring in temporary staffing and labor contractors would not be required to bargain with their contracted workforce, even where the lead company’s business practices and authority dictate the manner and means by which the work is done.

As shown in BFI, lead companies typically set the pace of work, such as quotas, production line speeds, and the number and length of breaks, for both their direct employees and the contracted workforce in their facilities. Lead companies also typically control the hiring and firing of the contracted workforce (by setting applicant screening requirements and notifying the staffing company of workers who are not meeting standards) and the contracted workers’ wages (by negotiating a contract price with the staffing company that is principally based on labor costs.) This means that contracted workers would not be able to bargain with the entity that actually controls and has the power to improve many of their work conditions.

Even more troubling is that the NLRB’s new joint employer standard may accelerate the corporate trend of outsourcing work traditionally performed by employees to labor contractors, which depresses the wages and degrades the working conditions of these jobs. Outsourcing labor to temporary staffing companies is on the rise in low-wage, physically-demanding sectors with higher-than-average injury rates, like janitorial services, warehouse, and manufacturing.

…the NLRB’s new joint employer standard may accelerate the corporate trend of outsourcing work traditionally performed by employees to labor contractors, which depresses the wages and degrades the working conditions of these jobs.

As discussed in our comment to the NLRB, full-time staffing and temporary help agency workers earn 41 percent less than do workers in standard work arrangements. They also experience large benefit penalties relative to their counterparts in standard work arrangements. In addition, staffing and temporary agency workers typically work in more hazardous jobs than permanent workers yet, according to OSHA, they often receive insufficient safety training and are more vulnerable to retaliation for reporting injuries than workers in traditional employment relationships. And temporary agency workers are especially vulnerable to violations of workplace laws; competition among subcontractors is fierce, and these subcontractors—many of which are thinly-capitalized—often yield to the lead company’s control or illegally cut labor costs to keep their contract.

Workers in staffing and contracted positions are precisely the ones that require the protections of the NLRA. Yet, the Board’s rulemaking will mean they cannot bargain with the entity that controls their working conditions, which will leave these workers outside of the Act’s protections and limit accountability for their substandard work conditions.

Second, on January 25, 2019, in SuperShuttle DFW, Inc., 367 NLRB No. 75, the NLRB announced a new test for determining whether a worker should be considered a covered employee or an independent contractor outside the protections of the NLRA. Studies have found that businesses save between 10 and 30 percent of their labor costs by labelling their workers as independent contractors instead of employees.

The SuperShuttle DFW case involved shuttle drivers who drive vans to and from airports in the Dallas Fort Worth area. SuperShuttle, which classified its drivers as employees until 2005, changed its business model to a franchise system and required its drivers to sign one-year agreements stating that they are individual franchisees and not employees. Under the new system, SuperShuttle requires its drivers to buy an approved van with the company’s trademarked blue and yellow paint and logo at an average cost of $30,000 or lease a van from the company.

SuperShuttle imposes a number of other costs on its “franchisee” drivers, including an initial fee of $500 and a “weekly system fee” of $575, and tracks the vans with a GPS tracking device installed in each vehicle. Drivers must abide by strict rules governing their training, appearance and conduct, the van’s upkeep and insurance requirements, and how and to whom they can transfer or sell their franchise.

Drivers obtain work through the company’s dispatch system. Each trip request lists the fare amount, the passenger’s name and address, and the pick-up time. Although SuperShuttle says that drivers can refuse trip requests without negative consequences, a driver who accepts a trip and later cancels it incurs a $50 fee. Each week SuperShuttle pays each driver an amount equal to the fares earned in excess of the weekly fees owed to SuperShuttle. Non-compete clauses prohibit drivers from working for any competitor companies, a restriction that most true independent businesses would not accept. 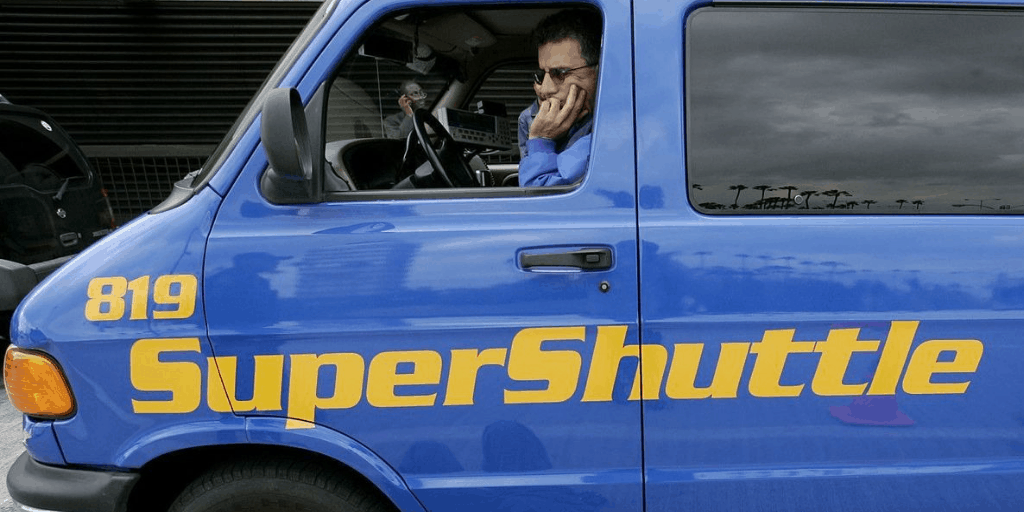 All or nearly all of these factors support a determination that the SuperShuttle drivers are employees. Through its extensive franchise agreement requirements and surveillance of drivers, SuperShuttle controls how the work is performed. It also requires drivers to buy vans that have its logo and meet its specifications. The work in question does not require a special skill set. Finally, the work is not just a part of the company’s regular business but is in fact the center of its business.

Nevertheless, the Board found that the drivers were free from control over performance of their work because they have autonomy over their work schedules and can, in theory, work as much or as little as they choose. In reality, however, a driver who must pay a $575 weekly fee to SuperShuttle and make monthly payments on a leased or owned SuperShuttle van, as well as car insurance and maintenance costs, must work a significant number of hours every week just to break even. The drivers’ alleged freedoms are illusory.

The Board also found that, in addition to the factors above, it would consider whether the workers in question “have significant entrepreneurial opportunity for gain or loss,” indicators of which are: (a) the ability to work for other companies; (b) a proprietary or ownership interest in the work; and (c) control over important business decisions, such as scheduling of work, purchase of equipment and commitment of capital. Brushing aside the drivers’ inability to work for other companies, the Board concluded that the drivers have significant entrepreneurial opportunity because they own or lease their vans, have control over their work schedules, and are paid an amount equal to all fares collected minus fees owed to SuperShuttle. The Board also found that the fact that drivers must indemnify SuperShuttle for all liabilities arising out of their work lessens SuperShuttle’s motives to control drivers’ actions.

The Board’s reasoning means that the extent to which companies shift costs and risk on to purported independent contractors will be central to determining whether they are properly classified as independent contractors.[3] SuperShuttle imposed risks and expenses on its drivers that, in the traditional employer-employee relationship, are assumed by the employer, such as the costs of work supplies (in this case, the van) and liability for negligent acts committed on the job. Rather than holding companies accountable for passing these risks on to their workers, the Board’s decision rewards companies that shirk their responsibilities to their workforce.

Two themes run through the joint employer rulemaking and the SuperShuttle opinion. First, the Board has imposed conditions that will make it harder—if not impossible—for large numbers of contracted workers to organize and collectively bargain to improve their working conditions. Second, the Board rewards companies that degrade work conditions and shift risks to their workers by outsourcing work to labor contractors or by labeling workers as independent contractors, which will further incentivize these business practices in the future. We need a National Labor Relations Board that will stand up for workers, not the companies that shirk their obligation to them.

[1] National Labor Relations Board, A Proposed Rule by the NLRB, The Standard for Determining Joint Employer Status, Sept. 14, 2018, tps://www.federalregister.gov/documents/2018/09/14/2018-19930/the-standard-for-determining-joint-employer-status.