As the coronavirus continues to impose significant health and economic hardship and disrupt daily life, it is becoming ever clearer that federal leaders should rely on the best available science to make decisions that affect our health.

Yet, even in the midst of a global health crisis, the Trump administration is rushing forward with a dangerous plan to censor critical scientific research – like medical studies, personal health data, and clinical reports – severely limiting the Environmental Protection Agency’s ability to set stronger limits on pollution that protect our health, our environment, and our clean air and water.

Breaking News: A Trump administration plan would make it harder for the EPA to enact clean air and water rules by limiting the scientific and medical research it can use https://nyti.ms/32zK6Rm

A new agency rule would restrict the science that can be used in drafting health regulations by requiring researchers to turn over confidential health data.

2,298 people are talking about this

It’s both ironic and harrowing that EPA is renewing its push to finalize a dangerous science censorship plan in the midst of the worst public health crisis in a generation. Despite preliminary evidence indicating higher death rates from the coronavirus in areas with more polluted air, and the need for access to clean water to be able to wash hands, stay home and protect communities from this virus, Trump’s EPA has recently:

If Trump’s EPA is granted the power to censor science, it could leverage it to roll back even more critical public health protections.

Two years ago, after former EPA Administrator Scott Pruitt first proposed this censorship plan, it was met with a chorus of opposition and more than 600,000 public comments. NRDC submitted 127 pages of comments explaining why EPA’s ill-advised plan should be withdrawn. Rather than scrapping the proposal, EPA attempted to clean up its mess by issuing a supplemental proposal in March of this year that essentially expanded the scope of the original plan, despite no clear legal justification for its approach.

EPA then gave the public just a few weeks to submit public comments, and refused to extend the deadline despite the coronavirus pandemic, a national emergency of historic proportions. Even as the new proposal has prompted strong opposition from scientists,  health advocacy groups like the American Lung Association and American Public Health Association, and members of Congress, EPA refused to hold even a single public hearing for its new proposal.

But we didn’t let EPA off the hook from its obligation to consider public input, because we know that our elected leaders need to listen to science, not censor it. Last month, a coalition of environmental groups led by the Union of Concerned Scientists organized a virtual public hearing with 41 people providing oral testimony and more than 100 viewers: 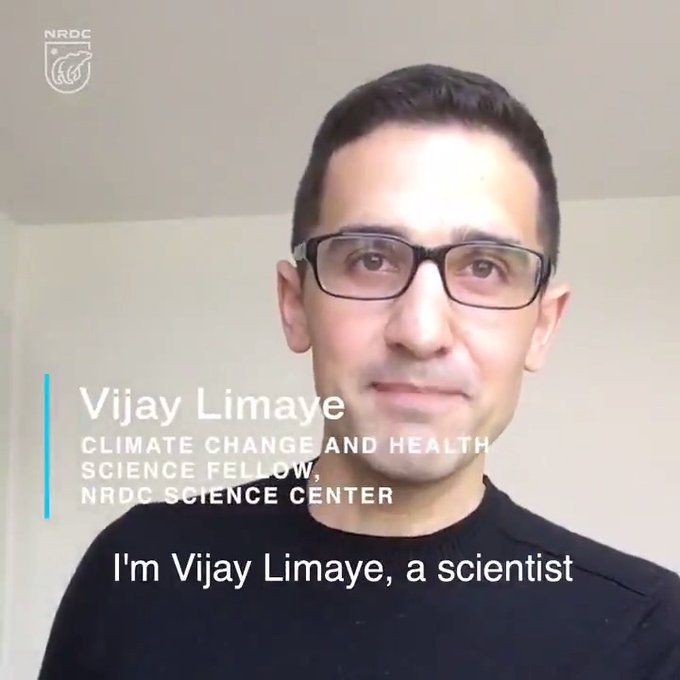 29 people are talking about this

Since that hearing, NRDC’s team of scientists, lawyers, and advocates has been working to explain the many serious flaws contained in this proposal. Yesterday, NRDC submitted 104 pages of comments to EPA explaining why its proposal has no legal or technical basis. Our analysis of EPA’s latest proposal has uncovered dozens of problems that should disqualify it from ever being put into action.

For example, EPA is distorting a little-used law from 1966 to try and justify this rollback:

16 people are talking about this

This undeniable legal vulnerability embedded in the proposal is demonstrated by the fact that EPA asked the public to identify a legal rationale for the proposal.

Beyond highlighting the lack of any sound legal basis for the proposal, our comments point to the potential for this proposal to critically weaken and reverse existing science-based public health protections in the Clean Air Act, Clean Water Act, Safe Drinking Water Act, and other key environmental laws.

Specifically, our comments highlight and explain the many fatal flaws with EPA’s updated science censorship plan, including:

In addition to our comments, members of NRDC’s Activist Network have also raised their voices in opposition to EPA’s reckless plan by submitting more than 114,000 comments directly to EPA.

Because EPA’s latest proposal to censor science has the potential to undermine so many of our nation’s public health protections and potentially enable similar attacks on science at other federal agencies, NRDC and its members and activists are sparing no effort to fight it tooth and nail. Our government must rely on the best available evidence to guide health and environmental policy, because a failure to do so puts us all in danger. As our President and former EPA Administrator Gina McCarthy recently put it, “You ignore science at your own peril.”