Within two months of starting work at an Amazon warehouse in Eastvale, Calif., Candice Dixon ruined her back.

Dixon had to bend, lift and strain at a feverish pace to meet Amazon’s demand that she scan and stow one item every 11 seconds. If she didn’t keep up, she’d be fired. But the grueling quotas left her with bulging discs and other problems so severe that she now struggles to walk.

Injury rates at Amazon warehouses across the country are so high that 13 members of Congress last summer called on the Occupational Safety and Health Administration (OSHA) to investigate the retailer’s working conditions. But OSHA—the agency responsible for ensuring that Americans have safe workplaces—has abandoned the workers it’s charged with protecting.

Under President Donald Trump, OSHA’s enforcement activities plummeted to new lows even as worker deaths soared to the highest level in more than a decade. This didn’t happen by accident. Corporations like Amazon want a neutered OSHA. Cutting corners on safety and working people to the bone means CEOs and shareholders make more money. 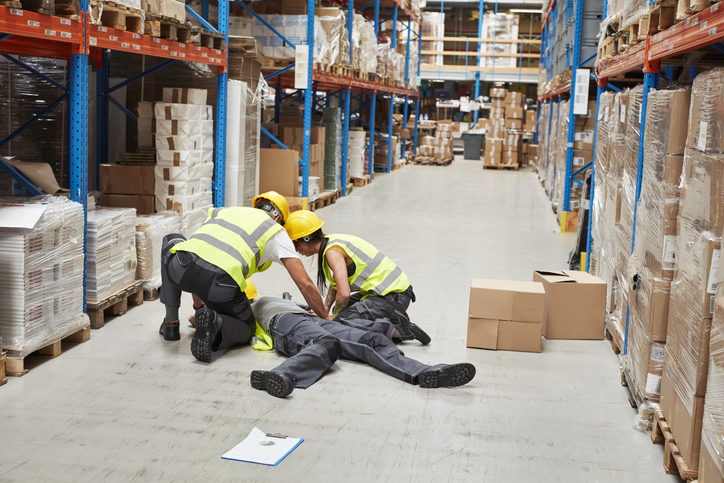 They have a willing partner in the Trump administration. OSHA’s inertia is the deliberate decision of appointees who serve corporations, not people, and put healthy profits before healthy workers.

Since 2017, Trump’s OSHA averaged only 32,610 worksite inspections a year, thousands fewer than during the Obama and George W. Bush administrations. The agency has the fewest inspectors in 40 years, even though it’s responsible for ensuring the safety of more workers.

OSHA hasn’t even had a top director since Trump took office. But the lower-level political appointees there dragged their feet in hiring new inspectors to compensate for retirements and other vacancies. They didn’t hire a single inspector in 2017. These departures depleted the agency of critical expertise and hamstrung remaining inspectors who want to do their jobs.

Within a three-month period in 2018, for example, two workers at Peco Foods in Pocahontas, Ark., suffered amputations. OSHA didn’t inspect the poultry plant after either incident.

Over a four-month period in 2018, two workers at the Wayne Farms poultry plant in Dothan, Ala., sustained injuries requiring hospitalization. OSHA didn’t inspect that plant, either.

Trump’s OSHA can’t even be bothered to collect and review data red-flagging injury trends. Last year, it rolled back a 2016 rule requiring most employers to electronically submit detailed reports on workplace injuries.

For an agency truly committed to protecting workers, that kind of data is a gold mine. But the Trump administration pushes deregulation at the expense of health and safety.

Business groups opposed the reporting requirement. The U.S. Chamber of Commerce called it a way of “shaming employers” and forcing disclosure of “sensitive” company data. So Trump’s OSHA did the chamber’s members a favor and gutted it.

OSHA also scaled back the press releases it issues on enforcement actions because the chamberwanted to spare violators unfavorable publicity. Never mind that publicizing enforcement actions is a way to bring other employers in line, perhaps saving more workers from injury or death.

Trump’s OSHA has tried to inflate its inspection numbers by taking on easier cases and doing fewer complex investigations, such as those pertaining to heat- and ergonomics-related injuries. These investigations require more hours and other resources, on average, but they’re crucial because they address serious hazards facing large numbers of workers.

Heat is a major source of sickness in many industries. For example, workers at warehouses, mills and foundries regularly experience heat-related ailments. And those laboring outdoors are just as vulnerable.

In July, a utility worker for Smith Mountain Investments in Inman, Neb., collapsed and died after working in the blistering heat for more than 12 hours. In August 2018, Sean Conley, a day laborer for DiRocco Masonry and Construction, died of overheating after cleaning and stacking bricks for six hours outside a nursing home in East Providence, R.I. His core temperature was 110.6 degrees when he arrived at the hospital.

Labor groups and other safety advocates want OSHA to do more to protect workers from extreme heat. Instead, OSHA backtracked. It performed only 105 heat-related inspections in fiscal year 2018, 82 fewer than in the 2016 fiscal year.

Corporations reap dividends from OSHA’s indifference, and workers pay the price. The number killed on the job in 2018—5,250—was 2 percent higher than in 2017. Those 5,250 fatalities represented the highest workplace death roll since 2007, when 5,657 died on the job.

OSHA demonstrated disregard for on-the-job deaths when it removed a running list of workplace fatalitiesfrom its homepage and stuck the information on an inside page where it’s harder to find.  It also limited the number of deaths that would be listed from now on. If the death doesn’t result in a citation, for example, it won’t be listed.

Companies that repeatedly violate health and safety laws deserve regular visits and big fines from OSHA inspectors. That’s the only way they’ll show any regard for workers’ lives.

But under Trump, OSHA fails to hold employers—even repeat violators—accountable. The number of high-penalty, high-profile investigations fell from 131 in the 2016 fiscal year to 66 in the 2018 fiscal year.

Amazon is a prime example of a company the administration lets slide despite mounting injuries and workers’ pleas for help.

According to one news report, injury data from 23 Amazon “fulfillment centers” revealed a collective rate of serious injury more than two times the warehouse industry average. At the Eastvale warehouse, where Dixon worked for two months before back injuries forced her out, workers got seriously hurt at four times the national rate. They even had to work through a gas leak that made them dizzy and nauseated.

Amazon has been accused of under-reporting workplace injuries, and employees say the company’s on-site medical teams return injured workers to their jobs instead of getting them appropriate care.

In light of horror stories like these, 13 members of Congress considered Amazon’s working conditions ripe for investigation. In July, they wrote to OSHA and asked for immediate action. But the Trump bureaucrats running OSHA refused to commit to an investigation.

That’s a betrayal of workers like Dixon, who sacrificed her body for one of America’s richest corporations.

Workers owe employers their time and talents, not their health or their lives. They expect their president to use his power to ensure that employers operate safely and humanely.