The analysis underlying the Trump Administration’s plan for rolling back fuel efficiency and greenhouse standards in vehicles is based on “fundamental flaws and inconsistencies, is at odds with basic economic theory and empirical studies, and is misleading,” writes a group of independent researchers in an article published last week. These conclusions parallel those reached by the experts at Consumer Reports’ response to the proposed rule.

The new data-driven report was published in Science, a high-profile, highly-respected peer-reviewed scientific journal, and included input from experts at the University of Southern California, UC Berkeley, MIT, Yale and Carnegie Mellon, among other research institutions.

Those researchers concluded there is “no economic justification” for reducing fuel economy requirements for cars and light-duty trucks, which the EPA and NHTSA plan to do.

“This peer-reviewed and thorough analysis is further evidence that the administration used flawed modeling and assumptions to get the predetermined outcome they wanted,” said Shannon Baker-Branstetter, Senior Counsel on Environment and Energy for Consumer Reports.

“The reality is that rolling back fuel economy and GHG standards costs consumers money, harms safety and weakens the auto industry,” she adds.

The mistakes are huge

An especially disturbing finding by researchers is just how wrong the EPA/NHTSA deregulation plan is: the Trump Administration “overstates the benefits of unraveling the rules by at least $112 billion.”

The biggest error found by the independent researchers was the mistaken conclusion that relaxing fuel economy rules would somehow shrink the number of cars on the roads by 6 million vehicles by 2029.

That conclusion in particular “is at odds with basic economic theory,” say the economists, and accounts for about $90 billion in costs, which includes underestimated gasoline consumption. 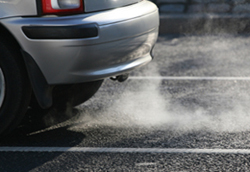 Earlier this year, Consumer Reports submitted comments to the federal government pointing out similar technical flaws, in addition to legal comments, in the EPA/NHTSA rollback plans.

EPA and NHTSA are in the process of reviewing the comments submitted about the emissions standards rollback plan.

An analysis by Synapse, commissioned by Consumer Reports, found that when the Administration’s analysis was corrected for serious errors, a fuel efficiency standards rollback would in fact cost consumers hundreds of billions of dollars through 2035. On the other hand, if the emissions standards are kept in place, new vehicle buyers in 2025 are expected to save  about $3,200 per car and $4,800 per truck or SUV compared to MY 2016. All of this is consistent with previous EPA analysis that showed that showed that fuel efficiency standards would ultimately save consumers up to $100 billion.

These facts are not lost on consumers. The latest survey from Consumer Reports found that over 70% of Americans want the government to continue to set higher fuel economy targets for cars and trucks. Nearly 80% of Americans, many of whom have gravitated toward crossovers, trucks and SUVs in recent years, want to see continued efficiency improvements in larger vehicles. Despite fuel economy being the one attribute consumers want to see improved the most in their next vehicle, they have little faith in automakers to provide improved fuel economy without standards.