The Washington Post broke news yesterday that Trump has ordered the Forest Service to roll back protections for the Tongass National Forest in Alaska. As the Post noted: “The move would affect more than half of the world’s largest intact temperate rainforest, opening it up to potential logging, energy and mining projects.”

Trump’s announcement comes as the world’s largest tropical rainforest burns, and follows his tweeted support of Brazil’s president Jair Bolsanaro, who has sought to eliminate forest protections and increase development in the Amazon.

If the Forest Service follows Trump’s order, it would be bad news for the Tongass for a host of reasons. It would threaten cultural and sacred sites important to Alaska Native people. It would threaten salmon, birds, and other wildlife. It would add costly new road-building projects to the already massive $68 million road-maintenance backlog in Alaska. The list goes on.

But perhaps the most wide-reaching threat is the one that opening the Tongass would pose to our climate. The Tongass absorbs and stores more carbon per acre than any other forest in the United States. The more forest is lost to logging and mining, the less carbon will be stored. 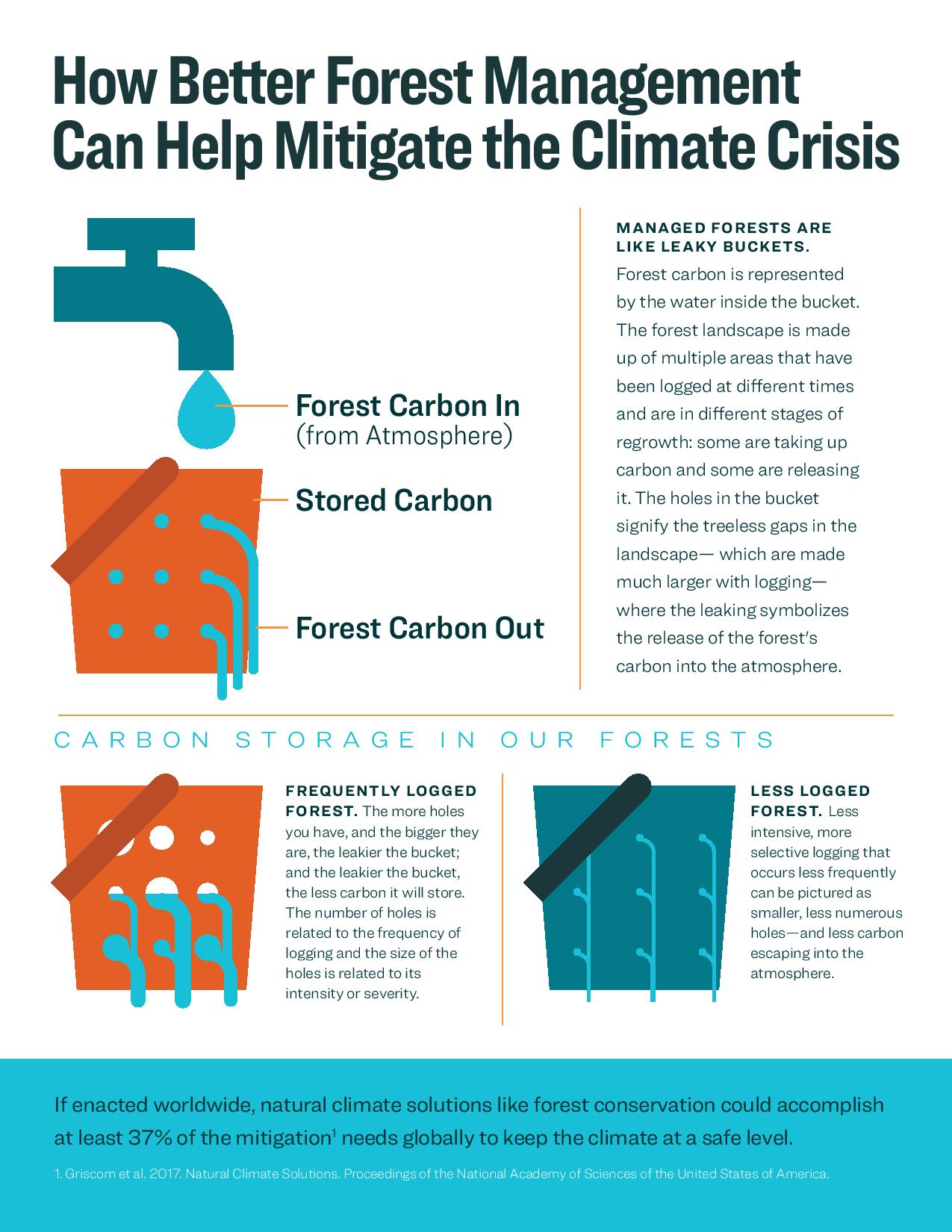 Unfortunately the rollbacks Trump wants for the Tongass mirror those already moving forward for other forests. The Forest Service this week closed a public comment period on forest-management changes that would clear the way for increased logging, mining, and other destructive development in forests nationwide–actions that will be doubly bad for our climate by both increasing pollution and limiting our ability to reduce it.

In what seems par for the course under the Trump administration, the revisions dramatically curtail the role of the public and science in land-management decisions. They would allow more than 93% of proposed projects on national forests and grasslands to move forward without public involvement.

As the Amazon burns, and world scientists stress the urgency of protecting and restoring forests to combat the climate crisis, it’s clear that Trump’s plans for our forests must not move forward. Scientists say that to protect life on Earth, halt the sixth mass extinction, and combat the climate crisis, we need to protect 50% of the planet by 2050. In the US that works out to about 30% of our wild places by 2030. We can and must manage our forests to be part of the climate solution.