Why Brett Kavanaugh Is a Disaster for the Environment

By Liz Butler, Friends of the Earth

Brett Kavanaugh, Trump’s pick for the Supreme Court, finished his testimony before the Senate Judiciary Committee yesterday. While the Democrats did a great job trying to hold his feet to the fire, Kavanaugh ducked and dodged questions on important issues. And newly released documents from Kavanaugh’s career show he lied before the committee on vital issues like Roe v. Wade. Kavanaugh even tried to twist his judicial record to make it seem like he cares about the environment. He doesn’t.

Kavanaugh is a huge threat to the environment and public health. He’s consistently sided with corporate polluters, and he’s used his position on the lower courts to allow more mercury in our environment, more pollution in our air and water and to block federal action on climate change. If Kavanaugh is placed on the Supreme Court, years of environmental protections could be under threat.

Here Are The Top 3 Reasons Kavanaugh Is Bad For The Environment:

1: He wants to limit the EPA’s ability to regulate polluters

Kavanaugh’s judicial history makes it clear he opposes regulating polluting industries. As a Washington, D.C. Circuit Court judge, he opposed further regulation of coal companies, energy manufacturers and more. Kavanaugh does not believe the EPA “should be able to deal with climate change, because when Congress enacted the Clean Air Act, it didn’t know about greenhouse gases and climate change.” Kavanaugh clearly does not have the history correct, because Congress knew back in 1965 that the burning of fossil fuels was contributing to a rise in carbon dioxide.

Kavanaugh consistently uses legal jargon and sneaky language to create dissenting opinions that never explicitly show his underlying support for industry. While Kavanaugh may not wear his intentions on his sleeve, his rulings in favor of protecting industry and opposing environmental regulation speak for themselves. 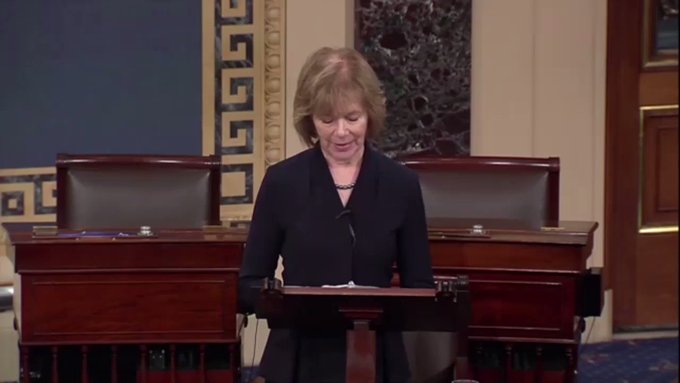 Friends of the Earth

Trump is dead-set on rolling back our environmental & public health protections—and Brett Kavanaugh is likely to enable that agenda.

Thank you @SenTinaSmith for highlighting his dangerous environmental record. #StopKavanaugh

Kavanaugh’s belief that corporations should be exempt from proper regulation is in total lockstep with the Trump Administration’s dangerous pro-corporate agenda. A review of Kavanaugh’s written opinions revealed that he sides with corporate interests and polluters 91 percent of the time, at the expense of people and the planet.

2: He favors corporate interests over the environment and public health

Kavanaugh has consistently put corporate interests over the health of people and the planet. His rulings favor large, powerful energy and chemical companies, and he has a history of siding against protections for the land, public health and resources.

In one ruling, Kavanaugh opposed limiting dirty coal mining. He was the onlyopposing voice in a D.C. appeals court decision to block a polluting mountaintop removal coal mine in West Virginia. In his dissent, Kavanaugh said he opposed the decision because the EPA did not consider the potential harm to the mining company’s owners and shareholders. By this logic, should we also have considered the financial impact on corporations before we outlawed child labor in the 20th century?

In White Stallion Energy Center v. EPA, Kavanaugh argued that the EPA could not even consider limiting toxic mercury pollution from power plants without first evaluating the cost to power companies.

In another case, Kavanaugh took issue with the EPA’s ability to regulate the disposal of a chemical used in fertilizer manufacturing. Kavanaugh’s dissent (which was even further to the right of the conservative majority) argued that the EPA had overreached by trying to regulate the chemical shipment. If Kavanaugh had his way, Howmet Corporation would have been allowed to ship their unlabeled, destructive chemical without proper safety oversight. 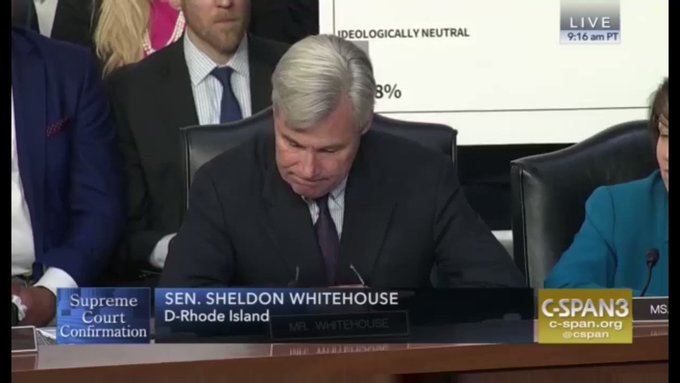 Friends of the Earth

“Every time a big corporate or partisan interest is involved, the Republican interest wins. Every. Damned. Time.” – @SenWhitehouse #StopKavanaugh

3: He could remake environmental protection laws for decades to come

Massachusetts v. EPA was a landmark ruling. Not only did it grant the EPA the authority to regulate carbon dioxide emissions under the Clean Air Act, it also clearly established that the state of Massachusetts and others had standing — the ability to legally challenge the EPA.

Justice Anthony Kennedy was the deciding vote in that case. With Brett Kavanaugh on the court, Mass v. EPA could be at risk. If the public’s ability to challenge the government and corporations in court is cut down, then a wave of environmental regulations could tumble as well.

Brett Kavanaugh is a radical conservative whose placement on the Supreme Court threatens our civil and voting rights, protections for the LGBTQ community, access to safe and legal abortion and the environment. Supreme Court appointments are for life. They have the power to decide legal precedence for our entire country on all major issues we face, including environmental hot topics and issues pertaining to public health: where toxic factories can be placed, how strict or loose emissions standards can be and if corporations should be held accountable for their pollution.

The Judiciary Committee could vote on Kavanaugh in the next few weeks. If he passes out of committee, he will go to the full floor of the Senate for a confirmation vote. We cannot allow Kavanaugh to gain a seat on the Supreme Court.

Call Your Senator Now And Demand That They Vote No On Kavanaugh.