Thanks to the Endangered Species Act, gray wolves have now started to recover in the continental United States after human persecution brought them to the brink of extinction. But gray wolves are still functionally extinct in the vast majority of places where they used to live. And now, unfortunately, the U.S. Fish and Wildlife Service just released a proposal to strip Endangered Species protections from gray wolves across the country.

“For over a hundred years, wolves have been needlessly persecuted,” said Bonnie Rice of the Sierra Club Our Wild America campaign. “This is just one more example of the Trump Administration’s attacks on the Endangered Species Act and the vulnerable wildlife it protects. Wolves have barely started to recover in some areas, and still occupy only five percent of their historic range. Now is not the time to remove vital protections.” 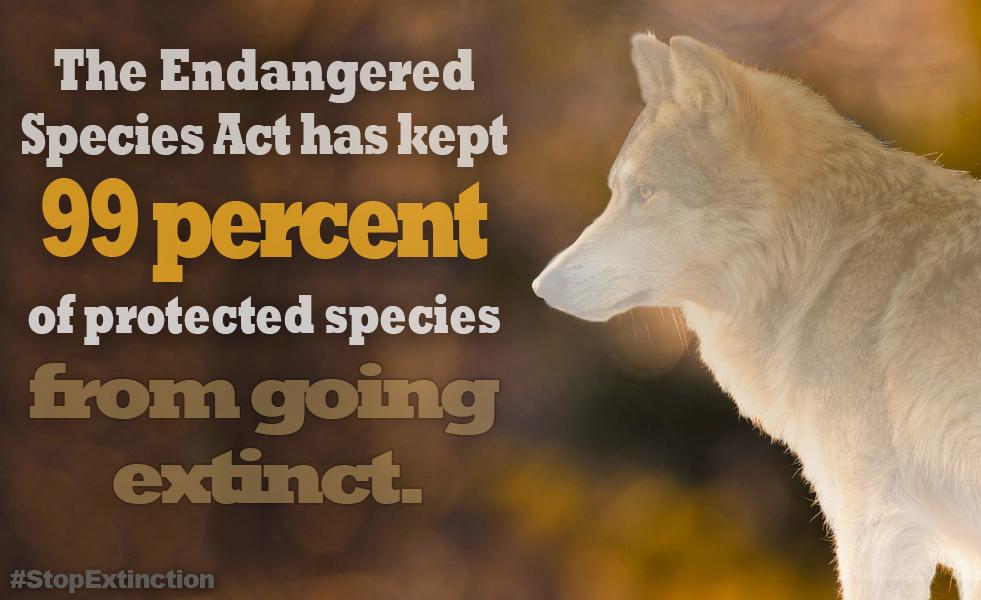 Research shows that gray wolves regulate the behavior of elk and deer populations, keeping herds from overgrazing. This allows trees to grow in greater abundance, grasses to grow taller, and other animals down the food chain to flourish, strengthening the resiliency of the entire ecosystem. Check out this infographic on how they’ve helped Yellowstone National Park!

“Instead of persecuting them, we should make a conscious effort to co-exist with wolves, and appreciate them for keeping our natural systems in balance and ensuring our wild places stay wild,” said Rice.

Stay tuned for more information on how you can take action to help keep wolves on the Endangered Species list until they fully recover.